LVMH Opens Watchmaking School in La Chaux-de-Fonds
The luxury goods conglomerate, Moët Hennessy Louis Vuitton SE or LVMH, has opened a new innovative watchmaking school housed within the TAG Heuer Manufacture. The program is an apprenticeship-based curriculum in partnership with the Institut des Métiers d’ Excellence (IME), an institute founded by LVMH in 2014 to preserve and spread its traditional “savoir-faire” and promote the appeal of careers in traditional crafts. The school will accommodate 12 apprentices and be run primarily by both the Tag Heuer and Zenith brands. However, the students will also benefit from access to many of the other watchmaking facilities within the LVMH umbrella.

The Australian watch company Bausele has invented a new ceramic-like material called “Bauselite” in collaboration with the Flinders University’s Centre for NanoScale Science and Technology in Adelaide, South Australia. The details of the new manufacturing process have largely been kept confidential, but nanotechnologist Professor David Lewis was quoted as saying, “Bauselite is strong, very light and, because of the way it is made, avoids many of the traps common with conventional ceramics.” The new material also propelled Bausele and its founder, Christophe Hoppe, to be the first Australian-based luxury watch brand to showcase at Baselworld. Bausele is an acronym for Beyond AUStralian ELEments. Another unique feature of the brand’s watches is that each crown has part of the Australian landscape embedded within, red earth from the Outback being just one of many examples.

Thanks to a two-year collaboration between the Google Cultural Institute and the National Association of Watch and Clock Collectors, the National Watch and Clock Museum is now available to be viewed online in “Google Street View.” The museum can now be viewed online for free in its entirety with high-definition resolution. This is the second time in 2016 that the museum has gone “viral.” The earlier occurrence was in May when the museum’s YouTube channel posted a security-camera video of a museum patron tampering with a one-of-a-kind wall clock and accidentally knocking it of the wall. That video has been viewed more than a million times.

Bulova and Citizen Watch Integrate US Operations
When Citizen purchased Bulova, and its stable of watch brands back in 2008, it created the world’s largest watch manufacture. The two companies continued to operate with mostly separate infrastructures. Beginning in 2017, Citizen will be restructuring Bulova’s US operations and integrating both companies’ sales and marketing forces into a new entity named Citizen Watch Company of America, also dubbed “Citizen Watch America.” The brands will continue to operate with distinctly different product lines and designs. Jeffrey Cohen, formerly holding the titles President of Bulova Corporation and President of Citizen Watch Company of America simultaneously, has been promoted to President of Citizen Watch America. There will be two regional managing directors overseeing each brand and reporting to Cohen—Michael Benavente for Bulova and Eric Horowitz for Citizen. 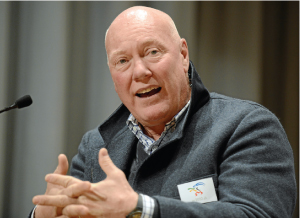 Jean-Claude Biver has been President of the Watches Division of the LVMH group overseeing their three main luxury watch brands Hublot, TAG Heuer, and Zenith. Biver has also been working simultaneously as the CEO of TAG Heuer since December of 2014. Now, Biver has displaced the current CEO of Zenith, Aldo Magada, to work as the head of the brand. Biver has largely been credited with building up Hublot and TAG Heuer to the brands they are today, and they expect much of the same from him when dealing with Zenith. “I’ll be working with the teams to give this brand the luster it deserves,” Biver said in a statement to the media.

The current owners of the Mondaine Watch company, brothers Ronnie Bernheim and André Bernheim, have purchased the remaining shares of Luminox, making them the sole owners of the tritium inset watch brand. The shares were held by Barry Cohen, a founding partner of the brand. The Bernheim brothers had purchased 50% of the shares back in 2006 but had not held a majority stake until now. With full control, they plan to unveil a new and exciting vision for the brand at Baselworld 2017. André Bernheim was quoted as saying, “We have great concepts and products under development which we strongly believe will take the brand to a much higher level, even with the difficult nature of the industry at the moment.” 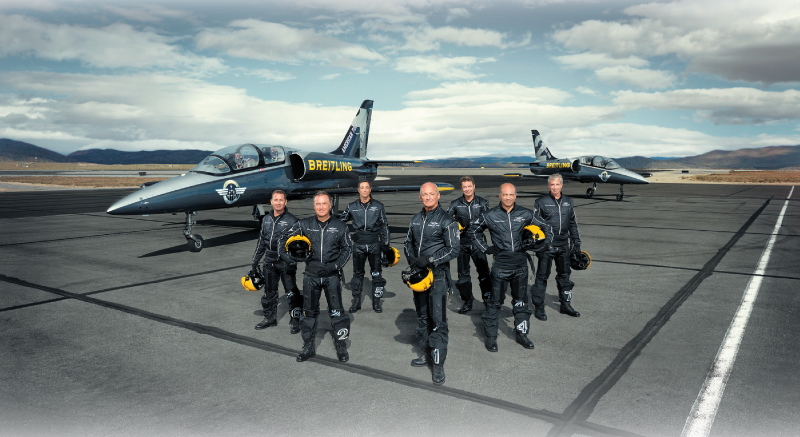 The Breitling Jet Team has ended its first flight tour of American territory. The two-year long “Breitling Jet Team American Tour” concluded in October of 2016 at the first Breitling Huntington Beach Airshow, after participating in 30 airshows, 70 public demonstrations, and touching down in 35 American states. Jim DiMatteo, a US Navy veteran and director of the tour said, “A French team flying on Czech jets and supported by a Swiss watch brand was a first for the American authorities. But having admired its performances in Europe, I knew we just had to have the Breitling Jet Team come to the United States.” The Breitling Jet Team consists of seven L-39C Albatros aircraft and makes up the largest civilian professional aerobatic display team.

Tourneau is currently the largest authorized retailer of luxury watches in the United States, with 33 locations, including the largest watch store in the world, the Time Dome in Las Vegas. Various news outlets, including the New York Post, have reported that the private equity firm Leonard Green & Partners, which owns Tourneau, was shopping the company around with a “pre-packaged bankruptcy” plan, and have yet to find an interested party. Reports have indicated that a number of factors are to blame for the mega-retailer’s alleged troubles, the downturn in the luxury watch market being a major factor. However, another recent report has indicated that the location of their flagship store on 57th Street and Madison Avenue in Manhattan is another factor. Tourneau has occupied the same city block and shared an adjoining atrium with Trump Tower for the last 20 years. This hasn’t caused many problems until the latter half of 2016 when Donald Trump was elected President of the United States. President-Elect Trump’s primary residence is in the tower, necessitating the need for Secret Service and other security personnel to be ever present and occupying the entire nearby area. After AWCI reached out to Tourneau, an executive within the company stated to us that these reports of sale and bankruptcy were “completely false,” and the company is planning certain areas of growth in the near future. The executive also confirmed to us the problems of the recently congested area and that sales projections for 2016 were not achieved in the way the company had hoped.

Aaron Recksiek is an independent watchmaker in Salt Lake City, Utah. He is a graduate of the 2008 WOSTEP class at the Lititz Watch Technicum.

When I handed him the watch, the very first word out of his mouth was

Do you live for those “wow moments” when a customer picks up a repair job?
Charley dropped off his 982 Hamilton tank watch, which needed a dial refinish, a crystal, and a complete servicing. We agreed on a price for the repairs, and he left the watch for servicing. I sent the dial out for dial refinishing, and located a crystal for the watch in my collection of “fool’s gold”—that collection of parts that is worthless until the day you need it, and then you turn it into money. Next, I serviced the movement. Hamilton made a beautiful watch; their product is always a pleasure to work on. They have a nice finish on all parts, and they time out well. After all, the most important thing is that a watch keeps time. It had a 14K yellow-gold case, which finished very nicely. When the job was complete, the watch looked new.
When Charley came in to retrieve his watch, he had his two children with him. When I handed him the watch, the very first word out of his mouth was “Wow!” Immediately, the two children, who were about 10 and 12, said “Let me see!” He proudly handed them the watch with the instruction: “Do not drop it.”
The little girl asked, “How did you do that?” I explained that it was because of my training and years of experience that I could make the watch look new.
It is that training and work experience that makes you good at what you do.
When he was ready to leave, he left another job with me—one of the major brands—for servicing. That is what we all hope for in our business: that repeat customer.
So, I hope you have many of those “wow moments” in your shop.
We are working on getting a new Chief Examiner and a Clock Director to enhance our educational programs. We offer some of the best training in the world, whether it is a class that is taught at AWCI headquarters or at a convention. As craftspeople, we should strive for perfection, knowing full well we will never achieve it. Doing the best job you can for your clients is utmost.
Here’s hoping that you have many moments like this.